One client has two different websites with different URLs. There is different content, the same type of business but different brands but the same business name. I am going to call them the old URL and the new URL to protect the innocent. I will refer to the URL’s the same so as not to confuse you or me. 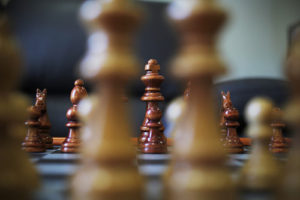 Hello, again my little blogging army. This SEO case study is a long time coming, there will be some points that will absolutely confuse you. Don’t worry the end will make it worth your while. This shows you that SEO is a never-ending battle. So let’s begin.

So the old URL has been around for more years than I know. The product on the old URL has been sold and it has not been updated in YEARS. The old URL was at the top of Google search and never blinked during any Google update. Which always bugged the living crap out of me, this thing could take a Nuclear blast and just shake it off. I am so not kidding. This site has old antiquated code, content and has flash on it. This, in all honesty, should have tanked it a long time ago.

So enter the new URL. New content, new product and the new site that went WordPress. So the new URL is now mobile-ready, SEO plug-in the whole works. The new URL goes live and screams to second place right under the old URL. Well, damn. At the same time, the new URL was being used with Google AdWords, which is fine it helped with the click-through rate which should boost the site more. WRONG. There was no change in rankings at all. So next saga in this story, Google flagged the new URL for duplicate content. After a long battle to get that straightened out back up to the second seed.

So there was a pause in activity due to product working. So while that was going on there was a drop in AdWords spending. Not because of a lack of spending, it was a lack of viewers for set keywords. This is odd due to the niche. Then Google took the sidebar of ads off the right column. AdWords spending took another hit because now the big I am mean BIG players in the niche are now fighting for the spaces. Oh makes me happy to figure out where the viewers went with trying not to start panicking.
So then comes some content changes, which changed titles and keywords in one letter. Now sometimes one letter won’t change the scope of the site too much for one keyword. But one letter on this site changed the scope in a big way.

I tried explaining this was going to be an issue but with my excellent explaining skills, I go technical way to quick and go to deep. Go big or go home right. So this didn’t fix anything, go team tech guy. So a few weeks ago Tory and I saw a new storefront opening up by us. They have a company name that is not even halfway relevant to the URL. Then I stopped talking because that turned the light bulb on. It took me about 5 min to calculate everything in my head. Then my mouth opened my mouth and Tory understood the words coming out so I knew I figured out the way to explain it to him.

SEO Case Study: For The Win

So here it is in a nutshell, you know those words that if you add an extra letter to that still mean the same but are still totally different. That extra letter not only made the content irrelevant to the URL but also to the company name. Which is not any part of either URL, Google is using the Company Name to rank the old URL. Since it was first and around the longest it’s actually competing with the new URL. So no matter what happens with the new URL it will always play second fiddle.

How to fix this, well that is a fun one. The company name is already taken and the product name is not the same as the company name. That goes for both URL’s neither one of those products carry the company name. It’s the content on the old URL that is the driving force on this. This is why it is very important that you make sure your URL is relevant to your content. Why the old URL is still number one? I have no clue, it shouldn’t be at all. In fact, it shouldn’t be in the first 10 pages of Google.

So if you have questions or comments put them below. If you have any questions feel free to contact me, no I am not going to say the name of the URL don’t ask.